17/10: Ambles nudged me during the night. “Do you hear a cow?” He asks. “No” says I as I roll over & go back to sleep. Woke up 4.30am, lay there for awhile & decided to get up. We all got moving early & ready to roll by 6.30am. There was a cow mooing a couple of times, the guide book does say the shelter is close to farmland. We had a big 18.4km day leaving the Tingle forest & heading back out to the ocean. I was expecting soft sand walking by the latter half of the walk. Ambles took off ahead & disappeared as I meandered along admiring the gorgeous big Tingle trees. Another beauty of a king Red Tingle tree with the buttress base still intact. There actually isn’t many like this, most have their stumps hollowed out. I crossed the highway & continued along an old railway track, bumping into a man walking his 4 big dogs. Ambles was returning towards me worried as the dogs were barking & growling at him & Deb & Mel so was making sure I was ok! I was more upset I had missed a new Orchid! Wanted to go back to see it. But Ambles said it was too far back. Deb had even left me a big arrow but I missed it somehow! Then I cursed my camera again trying to take an orchid photo, but it was all blurry. Should have invested in a macro lens before the trip! 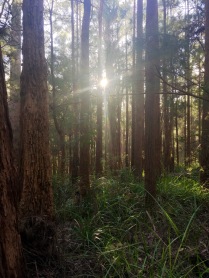 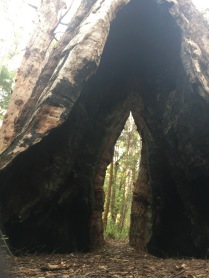 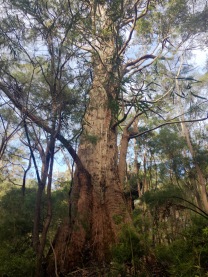 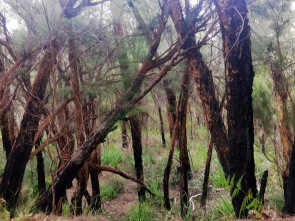 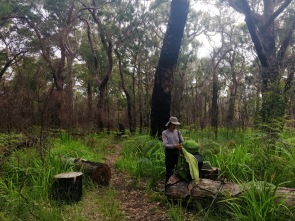 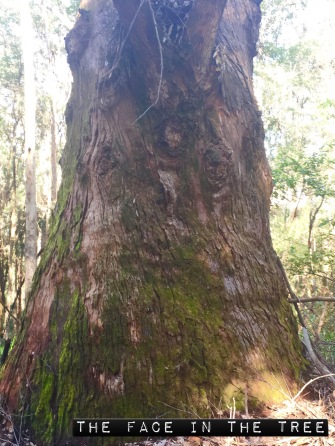 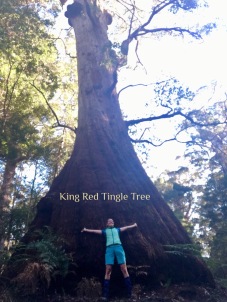 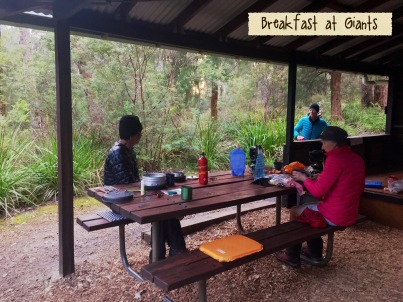 The track veers out to the ocean going through swampland, was getting bored with this landscape. Guess I was eager to get to the coast. Out to the sand dunes full of vegetation & flowers galore, lots of donkey & cowslip orchids. The weather had been good but now dark clouds loomed & some light drizzle of rain started falling as we were exposed on top of a sand dune ridge. Ambles got out his umbrella but it was quite windy & the wind blew his umbrella into the bushes so he had to go bushbashing to retrieve it. We made it to conspicuous cliff beach & found a sheltered picnic table to have a break at. Deb & Mel we passed couple of times came by, Deb hears me coming saying, “here comes jingle bells!” She said this time, “What you two doing slacking off?!” But they joined us, & in perfect timing. More ominous clouds came rolling in, Ambles said, “We better hold off, some rain is coming!” & sure enough, a heavy squally downpour of rain came & went. Off we went again after a break in the clouds. Only a short 3.2km walk in to the shelter, nothing as terrible as the sand dune walk into Long Point. Ambles told us off cheating as we went via the sand dunes not on the beach for the first 50 metres. At least I didn’t do a bum slide down the dune like Ambles😊. We made quick time the sand was firm thanks to the rain. Some sweating & puffing up some hills, not too bad, was expecting worse. Ambles wanted to prove he could walk in full wets so was wearing his rain pants & rain jacket even when the sun came out. Good on him!😆😆 Don’t care that I didn’t do the same! Arrived at camp just after midday. Deb & Mel arrived just as another dose of rain came down. How lucky we were to miss the rain today! And it wasn’t forecasted until later😊. Ambles had struggled lost his mojo, was lagging behind for awhile today but found his speed again at the end. The gusty winds tried to take his hat without success. 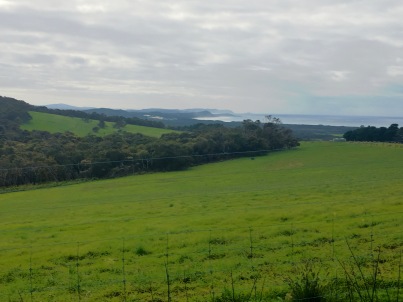 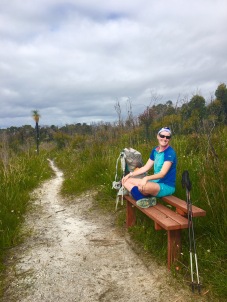 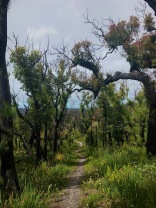 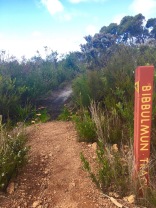 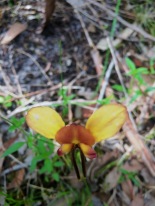 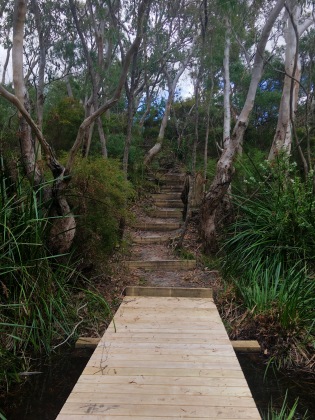 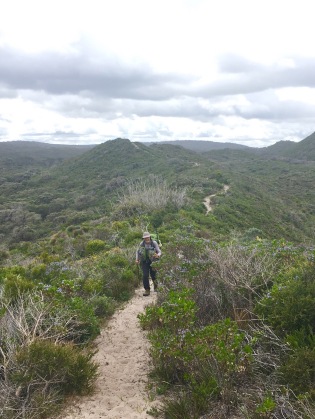 We enjoyed the brief sun we got at camp before the clouds closed back in & more rain came. Lucky the shelter was not facing into the cold winds. Nice shelter with extra hand rails, hooks, artwork & a sunroom attached to the side. Spectacular views of the ocean & Irwin Inlet & surrounds. And it’s all free! We spent time hunkering down in our tents & putting every layer of clothing on to keep warm. I bet it gets very wild & rough out here! Today is probably a tame day😆. Ambles offered more Whiskey around, there was no objections. Offered red wine around after, still no objections 😆! Once he had plastered us with alcohol, we were ready for an early night. It had turned out a very good day indeed 😁. 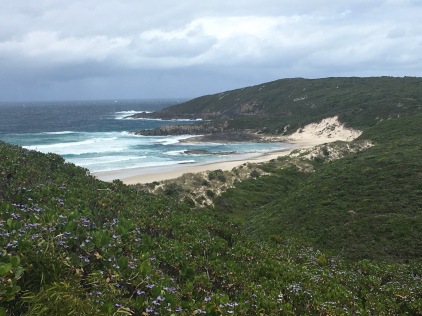 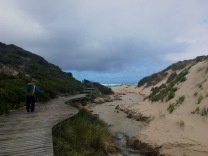 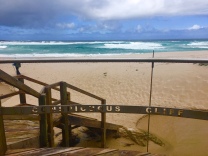 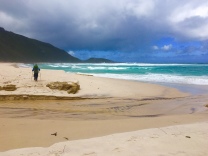 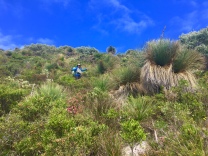 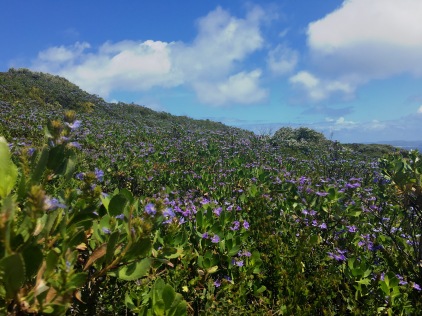 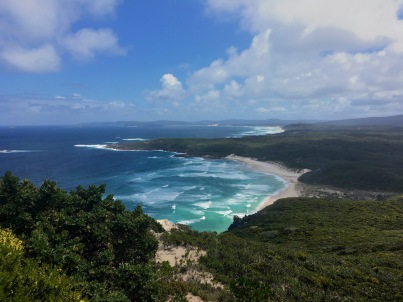 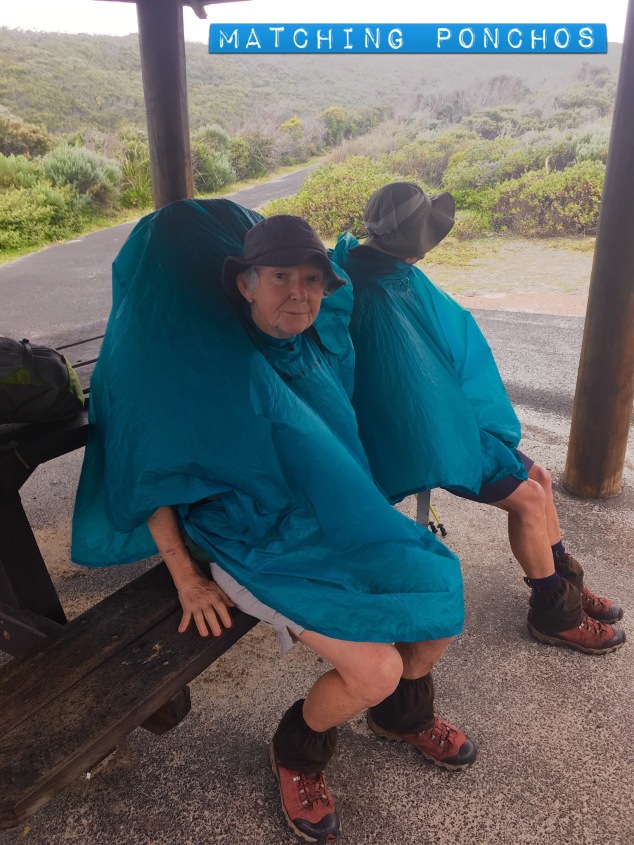 Still we haven’t seen any other hikers not even section or day hikers. Ambles kept suggesting to us, “Let’s go to Peaceful Bay now! It’s only 12kms, easy without our packs. We can go in, get fish n chips & come back!” Sometimes I think he has been out in the bush too long & going mad!😆“Sure” we said, “you race in get the food & hurry back before it gets cold!” Was hoping the clouds would clear & they did for a small sunset, nothing spectacular but nice to watch the sun go down, watch the ocean below. This place is truly amazing! A lodge in the same spot would be charging big $$$ to stay & admire the views. Truly I feel blessed to share this gorgeous spot, right now I wouldn’t want to be anywhere else! Mel is in love with the campsite saying it’s the best one on the whole track. Some people have written in the book that it is haunted here. Think that’s a load of rubbish! But I’ll let you know in the morning😉. We saw a bush rat running along the rafters just before bed, good to know we got some rodents sharing the shelter with us tonight😁. 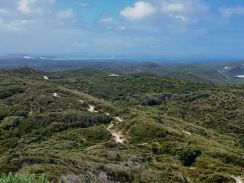 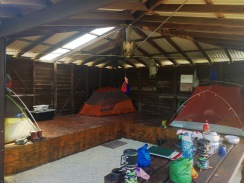 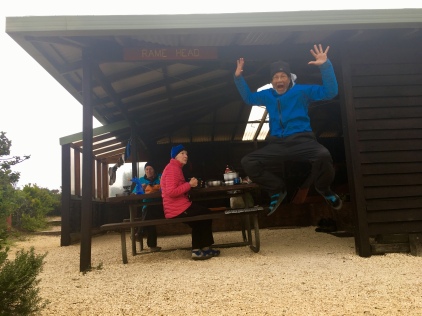 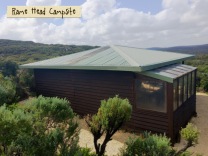 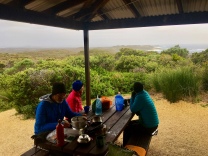 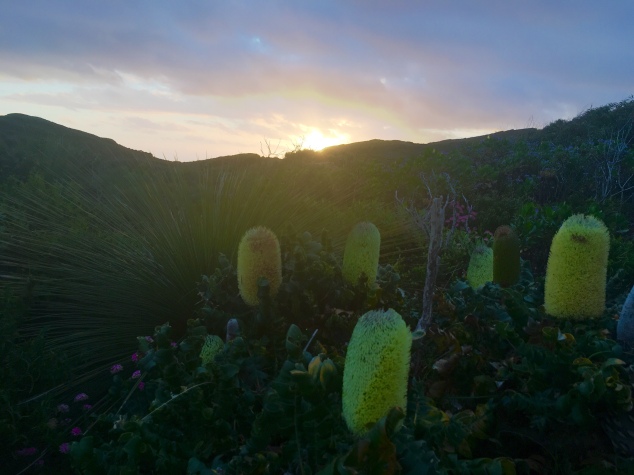