25/9: ***DELAYED BLOG UPDATES***Had somewhat of a peaceful nights sleep, what with all the night sounds, the constant trickling water flowing through the brook, frogs croaking, or that one frog that sounds like a duck quacking, crickets & other nocturnal animal sounds. Ambles got up at 5.10am which got everyone else moving too. Not a town day but village day! And a long 22.5kms hike in front of us. While we were first up, we were last to leave southbound leaving the guy that turned up at 5pm yesterday going to Balingup behind on his own. Does it count as 5 shelters without toilet paper because the tiny amount left in this toilet ran out this morning?! 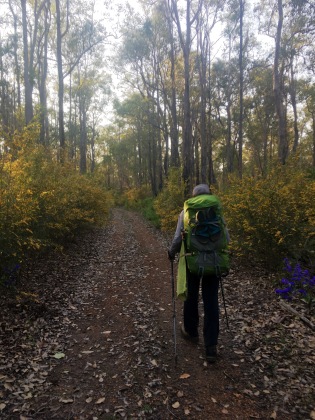 Straight off Ambles had cranked into top gear, no sore knee he was determined to walk as fast and far as he could before he had any issues. So with roller skates on, we zipped pass Daisyfish yelling out to her, “Milkshake & a hearty BLT are calling us, can’t stop!” We completed a whopping 4.4kms in the first hour! A huge personal best. The wildflowers were an explosion of colour so many yellows with blues dotting here & there. It was all so gorgeous & easy walking. We kept on rolling at a rate of knots, catching up to John & Lindsay at Willow Springs campground just finishing their break & were they surprised to see us after only 2 hours walking we had managed just over 10kms! John said to me, “Hey! Are you poking him with your pole making him walk faster!” No, it was all Ambles new found speed. 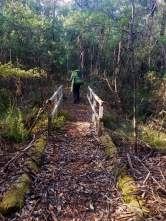 The next section was flat but with so many trip hazards as was the part before Willow Springs, the ground was littered with leaves hiding twigs, rocks, branches, fallen logs to get around or over. Some people crawled under them. We chose to clamber over the roots & stuff cursing, probably the worse alternative. And the branches from trees & large bushes sticking out in the path, I just swiped them aside with my poles. Marched on we did, finally getting tired & slowing down after 16kms. Getting into the tall trees now, providing another delight. It was suppose to rain but was pleasantly cool walking weather. With 1.5kms to go, Ambles increased his speed galloping down & up the only hill climbs we had. My feet & left cankle were tired & aching, I had to tell him to slow down! If you can believe it! In under 5.5hours, arriving 10 minutes short of midday, we made it in to DRV yippee! Straight to the general store where we ordered BLT’s with Vanilla milkshakes. 😊Daisyfish came in looking like she had run an marathon at 12.30pm, re fueling quickly as well on food. Everyone else was staying at the school Bunkhouse in dormitory bunkbed rooms or using the free shelter close by. Many hikers before us had been disgusted with the accommodation voicing their outrage on social media how dirty it was, the kitchen & bunkrooms were not cleaned, wet used towels still laying on the beds from days before. Ambles & I were the only ones staying at the other end of the village at the loco motel. Our own private room with kitchen & bathroom. So nice, clean! Bed feels lovely! Nice hot shower to make me feel human again. Heated room very cosy & warm😊. Could stay here more than one night! Ambles tried to rest in bed but we had workers below us banging & drilling away with their music blaring. It is surprisingly quick how our room looks like a bomb went off. Doesn’t take long to empty our backpack contents everywhere! 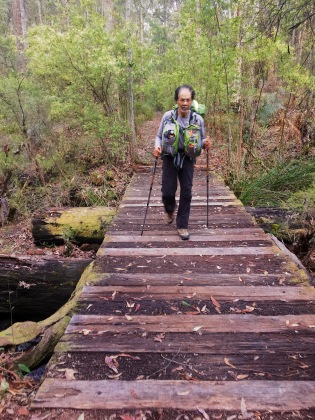 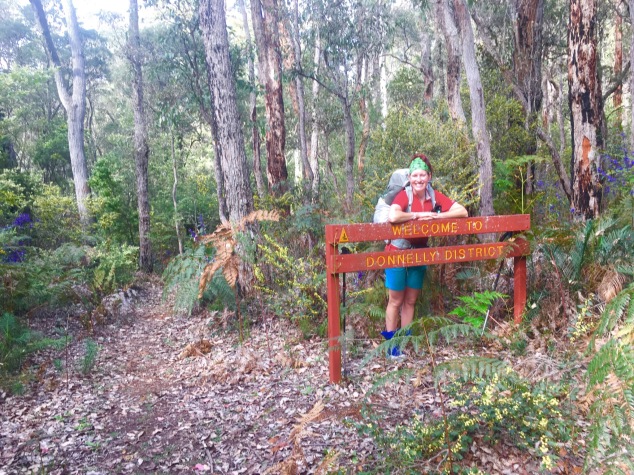 We took a walk to the school bunkhouse. Everyone was hanging out, caught up with Deb & Mel, they had 3 nights to themselves at both shelters & last night lucky them! Tomorrow we all leave for Pemberton so there will be 9 of us plus any extra section hikers. Checked out their communal kitchen & seems to be all cleaned up well. Jumped on the weigh scales which showed I still weighed the same but Ambles has lost 6 kgs. He is going to be a walking scarecrow before long! Lindsay said to Ambles, “You know, we weren’t happy to see you earlier when you came into Willow Springs Campgrounds. We had been cranking it up a notch to get there, then you bloody show up! And you are suppose to have a bad knee!” We had friendly Kangaroos & Emus walking around us. A man offered some roo feed to us & we had Kangaroos eating from our hands. I got a greedy Emu that pecked at the feed in my hand with its hard beak, they are aggressive buggers. Stayed away from them & only fed the Roos. DRV is a magical spot, just so lovely & peaceful here. At least tonight we have a room all to ourselves to enjoy. We have Beef Lasagna from the general store to heat up for our dinner & our one glass of red wine each. Unfortunately, the general store doesn’t sell alcohol! And today was the second time for the whole trip where we walked together the entire time. 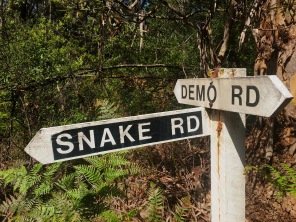 My poor, poor feet are feeling like they have been put through a grinder & made into mince meat. I gave them lots of rubs & talked sweetly to them encouraging my feet & ankles to keep going – we have some arduous days ahead with many hills to go up & down. And we reach the halfway mark very soon – can’t believe it!😁 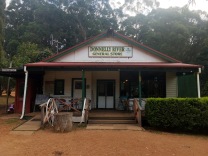 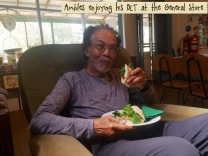 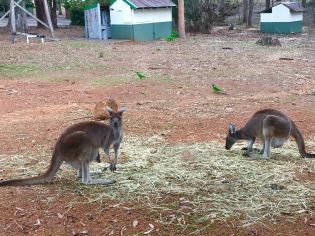 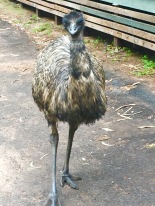 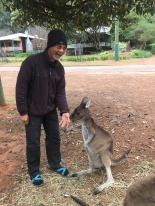 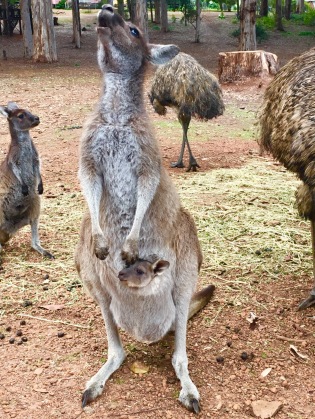 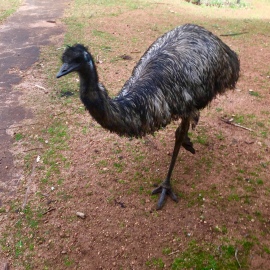 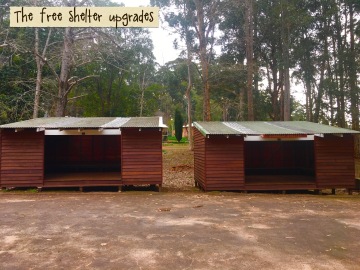