15/9: My imagination was running over time last night. I thought I could smell smoke & felt uneasy with visions of Ellensbrook Campsite coming back to me. So I didn’t sleep much. It was a warm night so didn’t have many layers on. When I did sleep & wake up, my feet were really cold, the temperature had plummeted & I was feeling chilled but not wanting to remove myself from the sleeping bag to retrieve warm gear, I pulled the sleeping bag over my head & chose to ignore the outside world. Craig whom also slept in the shelter with us was up early & packing. Ambles said to him, “You know, I have this theory about minimalist hikers. They have always been well off or even rich, so they are happy to cut the weight & go without some comforts. But you see, I was poor growing up, so now I want everything! So I carry a heavy backpack because I don’t want to go without anymore!” Craig looked at him, smiled & said “Uh – uh”. As he was ready to go his departing words were, “It sure was nice meeting you all, I really enjoyed your company & wish I could hike with you all – but I have other plans to you!” So off went Craig, the oldest hiker I know hiking the Bibbulmun right now. 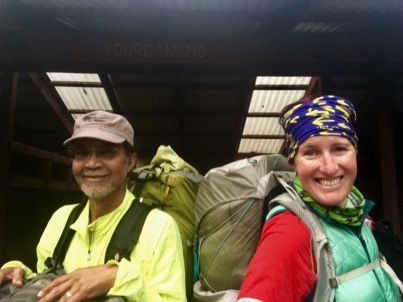 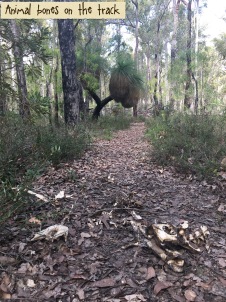 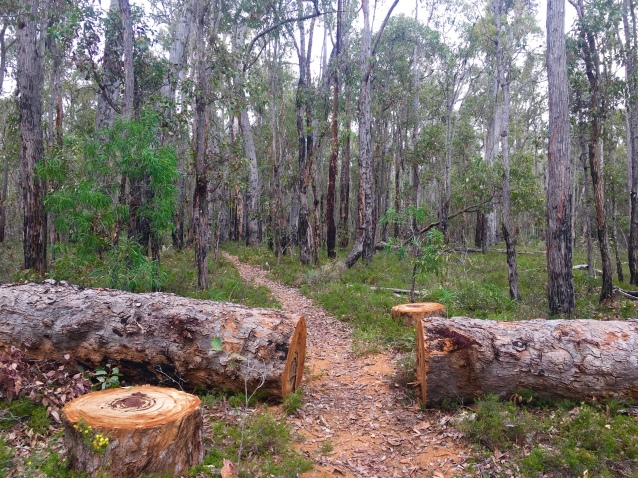 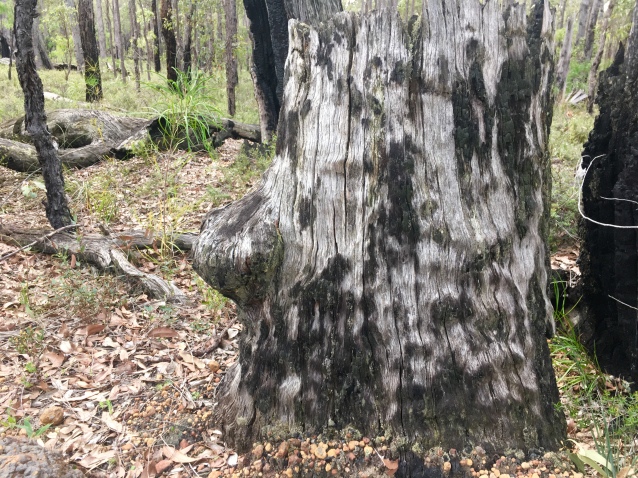 We left before Jeremy, today being an easy 13.7kms odd hike. All easy & flat. I can see why people often double hut this section. There weren’t many wildflowers. A lot of Jarrah & Marri trees which meant lots of honkey nuts under foot, and lots of black boys or as other people call them, grass trees. Lots of birds, little chirping birds, screeching black cockatoos, red tailed black cockatoos, kookaburras & flashes of green as Twentyeights went flying through the trees. Besides feeling tired from lack of sleep, I felt good. Ambles was very concerned about his left knee, it was swollen & sore. Perhaps from his fall yesterday? He went very slowly, the backpack was holding up well luckily. Jeremy likes to stop for a morning coffee break so he passed us but then we passed him. Was just before noon when we got in to Harris Dam. Two day walkers showed up but didn’t stay long. A nice spot amongst the tall Marri & Jarrah trees. 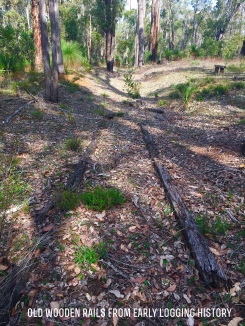 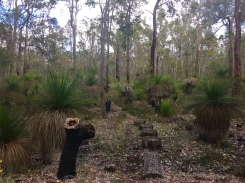 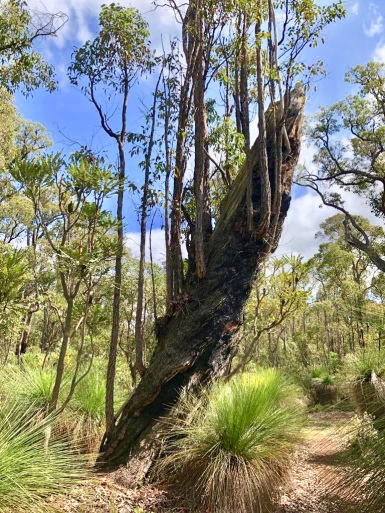 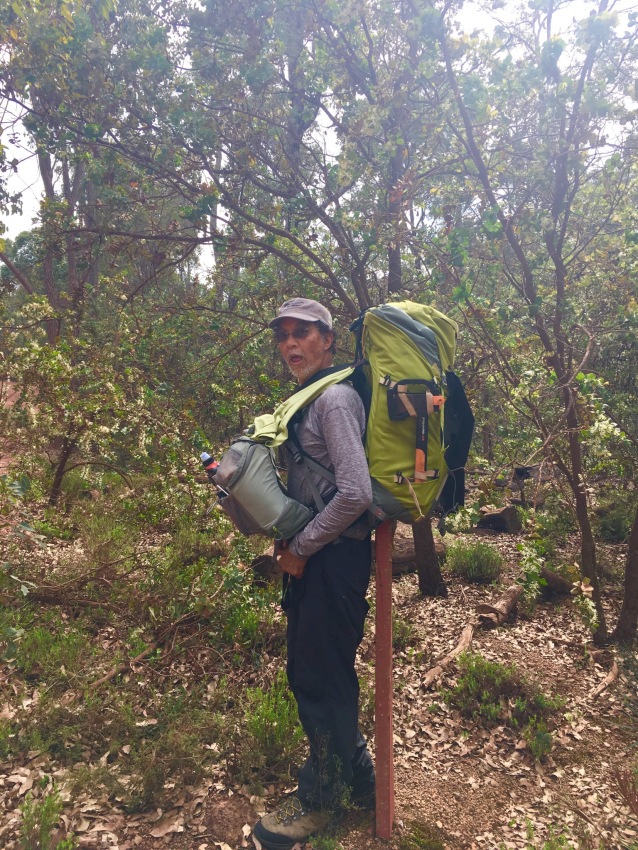 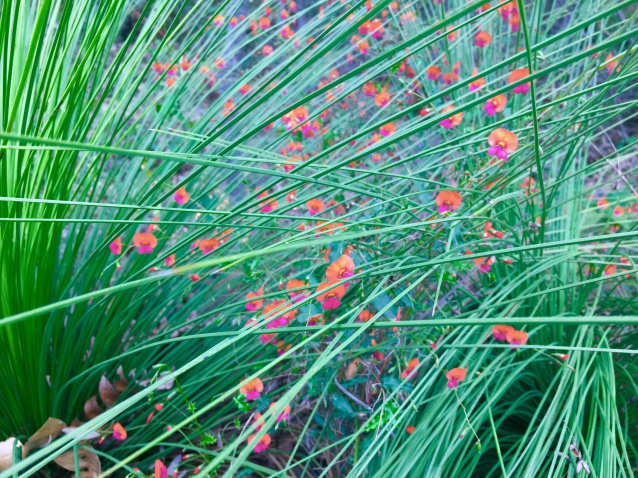 We had a restful afternoon. Shame the shelter was not closer to the Dam, didn’t feel like a round 6km odd hike to see it. The toilet is around the mulberry bush so to speak. The track winds around trees here & there you don’t see the toilet until you are upon it! Ambles was saying, “Geez, I better know where the toilet is, if I have to go at night, I might end up in Jeremy’s tent!” Jeremy set up his tent & it was just us in the Shelter. Jeremy helped collect a stack of firewood which Ambles got fired up. Then Ambles used the bag he puts the cooking cutlery in to collect dead pieces of Black boy. He emptied the bag over the campfire then goes, “Oh nooooo!” He had forgotten the plastic knife we use for the wraps & stuff was in there. Too late. 😕 It ended up being a lovely evening just the 3 of us around the campfire chatting. In fact, Jeremy was the most talkative he has been through this whole section. He finishes in Collie tomorrow, the next day heading out to Darwin to see his 9 year old granddaughter in a race. While we were talking there was this animal sound, “Eeeeeeeeeeeek!…………Eeeeeeeeeeek!” Went on for 10 minutes or so then stopped. Very interesting 🤔. So Ambles been using the knee brace & Goanna Heat on it. He is worried if himself & the broken backpack will make it into Collie tomorrow. And someone before us must of had a sleeping bag blowout. There was feather downs everywhere! We didn’t stay up too long – tomorrow was going to be a long day. 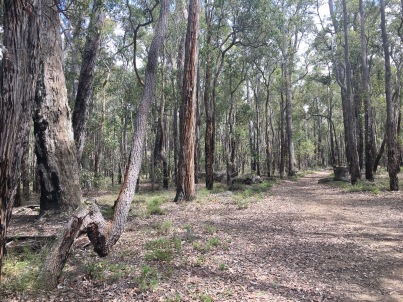 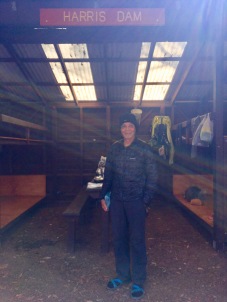 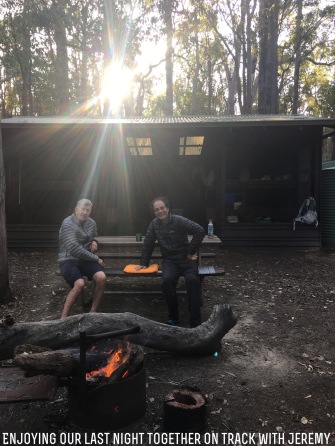 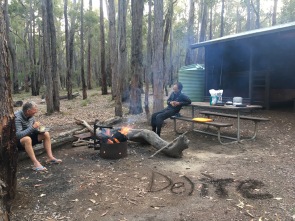 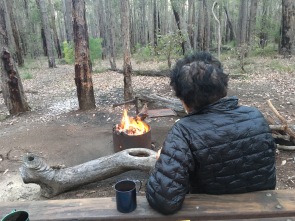