The date was the 10/9 when we left Dwellingup after breakfast at the Blue Wren Cafe. Ambles had bacon n eggs on toast which he couldn’t finish his generous serving of bacon. He had a reduced appetite in the last few days. I had two big crossiants with jam n butter. Only 2 kms out we noticed a hiker off the Trail emptying his backpack searching for something. This was Jeremy doing a section hike Dwellingup to Collie. He forgot his matches for cooking. Ambles offered his to borrow but Jeremy said he will just go back into Dwellingup & pick some up. On we went it was a pleasant cool morning with red tailed black cockatoos making a real raucous in the tree tops. We passed through the pretty cool shady pine plantation passing 2 women returning to Dwellingup after doing an overnight at Swamp Oak. One woman said it was her training run for her end to end in October. Michelle from Walking twobytwo was there last night doing track maintenance & shared sausages & cold drinks around. Darn I had missed that! Ambles was floating on half his normal backpack weight but then had to pick up his hidden stash. From there it was all uphill! Straight up, hard to follow where the track went at times. 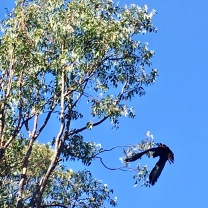 It was a more easier stroll after those climbs, passing another northbound end to ender called Cliff. He was romping it in easy with his small sized backpack & quick walking. He said we were almost there. Indeed we arrived at Swamp Oak at lunchtime, 20 minutes later. There was Wayne, he is a very colourful character. Wayne is in his mid forties, spends his time drinking too much & decided he would hit the track from Dwellingup to Collie. Never done this hiking before, he went into Anaconda asking what he needed. His old army backpack wasn’t sitting right on him. He carried far too much backpack weight & swearing is his main vocabulary. Every sentence has a couple of curses or more thrown in. What I get when I got there? He goes, “Oh fuck man! That walk was so shit! I didn’t think I would make it here hey?! My backpack is killing me! Damn thing is so fucking heavy! My shoulders are fucked right now! I’m going through my shit & throwing stuff out! My food too much! It’s gotta go! These curry packets weigh a kilo on their own! And don’t know why, but I have 5 packets of lollies! Too much man! It’s gotta go! You want some lollies? I had a kilo of trail mix but got so pissed off with my weight I threw the whole lot out! Fed the Roos my trail mix man! Fuck, wished I didn’t do that! No trail mix now! Shit man!” 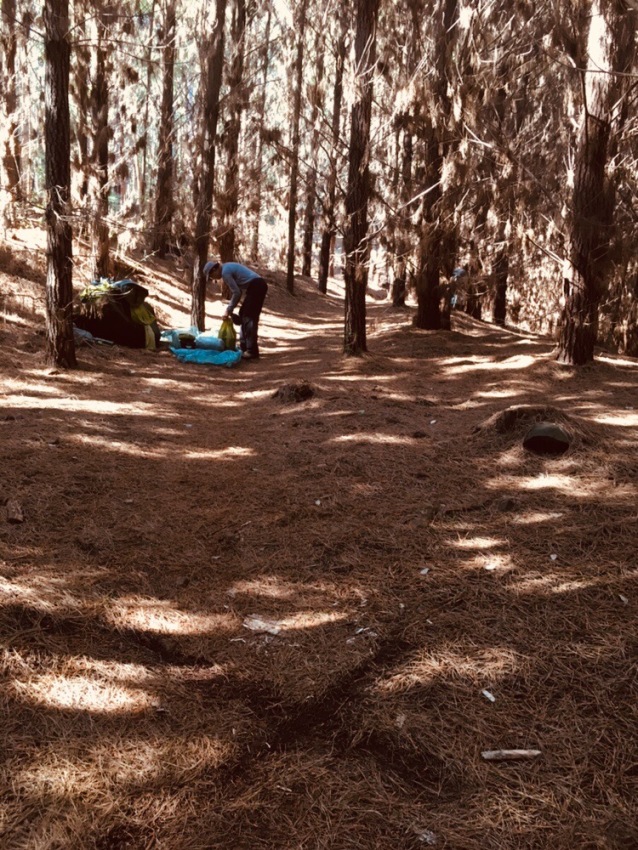 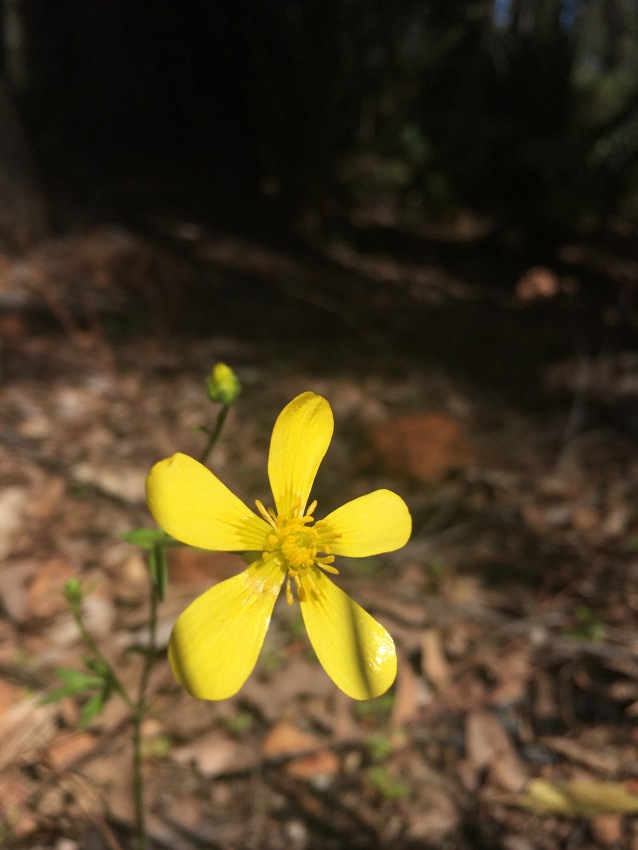 Jeremy turned up next & quietly set up his tent. Ambles & I wondered down to the river which was a 10 odd minute journey. I had just got in to the freezing cold water in my bikini top & underwear when a whole group of kayakers came through. We watched as one kayak with 2 girls capsized on the small rapids. They had to bring their kayak into the bank we were standing on, Ambles helping them to get back in & head off again. Once they were all gone, in I went again, the cold numbing my feet & ankles. Ambles couldn’t handle it only going in to his ankles.

Once we got back, Dave & Jayn were there. Jayn is very quiet keeps to herself hardly speaks to us. Wayne did all the talking. Said he lived on an island in Welly Dam for a year once. Got all sorts of issues going on & a lot of crazy stories I’m sure. Jeremy stayed in his tent only joining us for dinner. Ambles had a fire going but by 6.45pm, everyone including Ambles went to bed. It was too early for me as I stayed by the campfire until 7.30pm enjoying an almost full moon night. What really was a delight today was receiving a gift from Michelle from Walkingtwobytwo. Two pairs of hot hands for Ambles & me for those cold mornings – thanks Michelle!!!😁😁😁 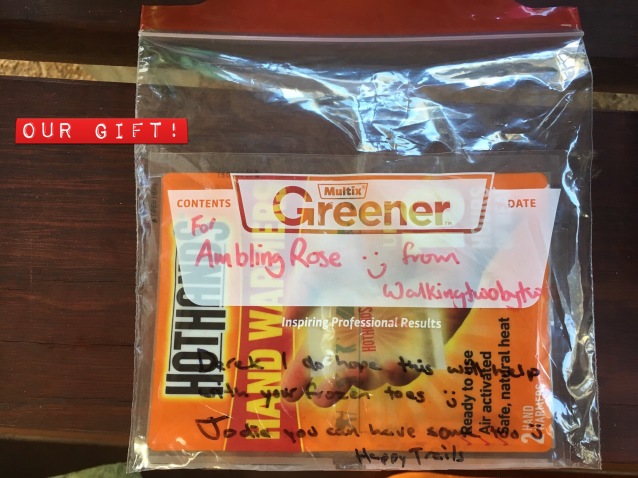 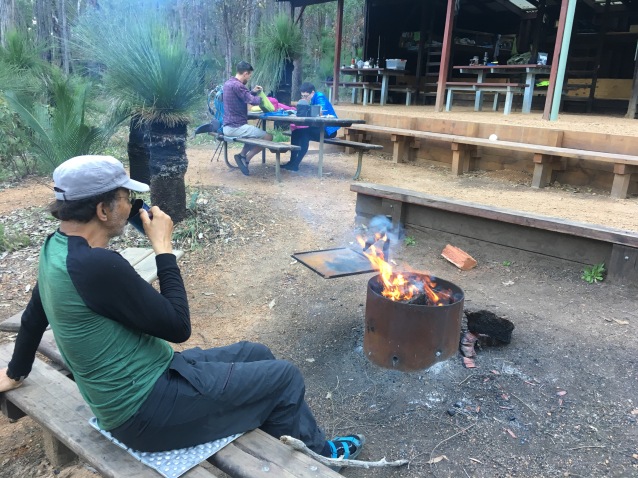