We must of been so exhausted yesterday that we slept through to 7am! Mr D wasn’t too happy about starting late as the temperature was going to soar to 28 degrees. Our bunk room was only half full with many still in bed. So we went to breakfast first as it is a pain to pack up in the dark. Just a simple toast & hot drink was all we needed. John from Arizona came to join us & chat. He was planning on going 35kms today so I think that’s the last we see of him! He said if he comes to Perth he will catch up with us, now that Mr D & him a ‘Facebook buddies’. We ended up being the last ones out by 8.20am. Mr D was worried they would storm in & order us out as you are meant to be out by 8am. But luckily, they aren’t too strict with their rules. 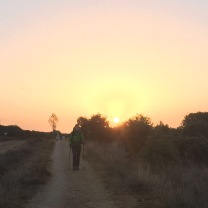 When we left, the morning wasn’t really that cold. We continued on the white gravel road as the sun rose. Today it looked like a big round yellow ball rising – leering at us as if to say; “I’m going to burn you today suckers!” We stopped in the next town for a quick coffee break. Mr D was keen to get as many kms in as possible while it was still cool. This town was called El Ganso & the book describes it as a hauntingly crumbling village. I’m sure the population must be like 20. I found it to be more a quiet, deserted town with half the houses crumbling down. We had our stop at the Cowboy Bar – the only place to visit there with cowboy stuff hanging from the ceiling. A man setting up an outside stall selling Camino jewerally & staff sticks glared at us as we passed as we didn’t stop to check his merchandise.

Onwards we went continuing on the dirt path that ran alongside the road. I hadn’t seen Pilgrim cyclists in awhile, today they all came out in force as many rode past us shouting out ‘Buen Camino!’ We were headed to the next town of Rabanel del Camino. We momentarily moved off the track but stopped & went back after 50 meters. There wasn’t many other Pilgrims about which was nice to walk in peace. I could feel the day warming up as we arrived in town. We saw the Swedish lady from yesterday that was waiting for her American friend whom was behind us. However we never passsed her! 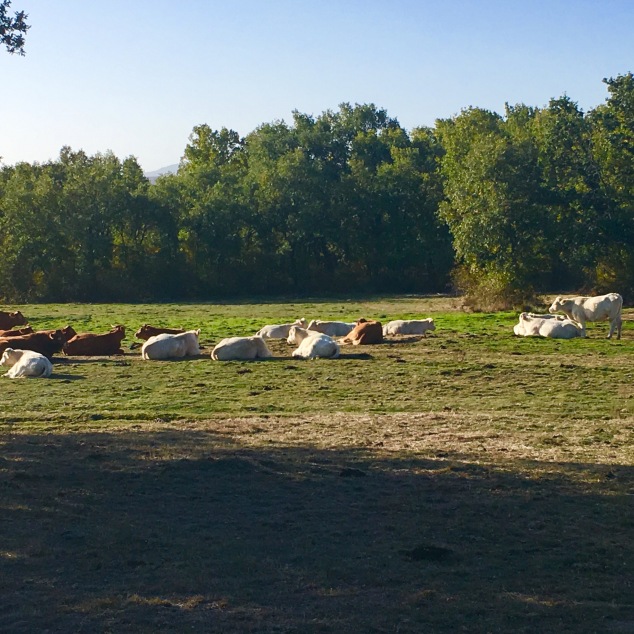 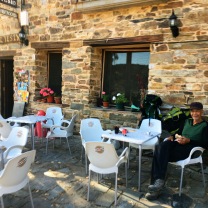 We stopped at an Albergue restaurant for a short break before tackling the climb up. We enjoyed pastry sweets & I indulged in a bar of white chocolate. The French pair came through as we were packing up. The town of Rabanel was quite nice looking & I had missed another great spot to stay overnight. The temperature had risen to 27 degrees as we ascended up & up, round & up along a proper bush track. There were large rocks & loose pebbles to negotiate. When there was wind, it was pleasant. When there was no wind, it felt quite warm as we sweated our way up. The views over the mountains as we climbed up were grand. It was 5.8kms to Foncebadon. We made very good time & arrived at 1.30pm.

Foncebadon is a pretty small village nestled in the mountain. Most houses have crumbled apart besides the Albergues & a hostal. The workers were busy all afternoon removing crumbled house walls with their machinery so there was no peace & quiet. They are busy renovating now & building new houses. In many years to come, this place will look totally different. The town is quickly turning into a tourist destination due to the Cruz de Ferro close by. Right now it looks like a demolition hole. One crumbling house still has a roof that interestingly is made out of mismatched sheets of corragrated iron & other materials. But I think even this building will be demolished soon.

We picked one of the Albergues but not the best one I found out later! The French pair were smarter than us. We are in a very small Albergue, traditional upstairs bunk room of 12 beds. There is 4 of us there. We had a simple lunch, nothing as nice as yesterday’s lunch however. Mr D had his afternoon siesta while I had a walk around the village, visiting the cows, horses, donkeys & dogs. We don’t know anyone here besides the French pair. The Swedish & American ladies passed through town later in the afternoon. They aren’t in any hurry! We enjoyed a Baileys & ice in the hostal bar to get away from the noise & have a little unwind before dinner. 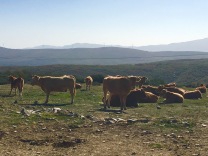 We returned to our Albergue for a home cooked meal at 7pm. And on 7pm, the bell rang summoning us downstairs for dinner several times as we were too slow! We had a vegetarian paella, bread, cured meats, cheese, salad & ice cream for dessert. It was just the 4 of us. There was Brian from Ireland, Gonzale from northern Spain whom only spoke Spanish. It was a nice get together, communicating with Gonzale proved to be challenging but we all had some good laughs regardless. Brian was on his second Camino Frances after completing his first 2 years ago. We all drank so much wine, we will all snore happily in bed tonight! Both men walk fast so our encounter is a short one. We are quickly getting use to this! Tomorrow we have a date at sunrise at the Cruz de Ferro. And a very small, easy day in the mountains. 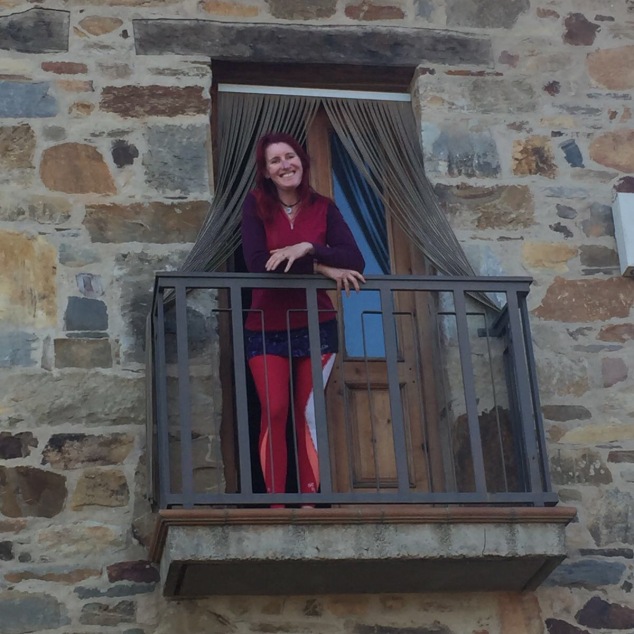 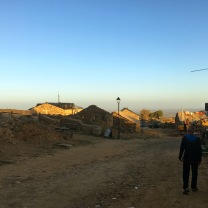 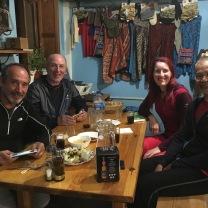