So last night the lady running the Albergue refused to give Mr D a coffee. “No coffee! No sleep!” But Mr D does not like to be refused coffee & so he got a big cup of coffee. He did not sleep much. Not from the coffee. Food poisoning. The only thing he ate that I didn’t was the Calamari rings yesterday. The culprit. He was back & forth to the toilet through the night. I had one of my best sleeps ever.

In the morning he wasn’t a happy boy. Tired. Sore stomach. We had a half n hour sleep in. Then went to the albergue cafe down the road for breakfast. It was freezing outside. The rain had left. Our breakfast was cold. Bread untoasted with butter and jam. A glass of OJ with ice cubes in it! Mr D was like “what the hell?!” There was a guitar by the corner of the room so Mr D picked it up for a lazy strum. The American & Englishman amigos were there having breakfast. They said their albergue had them & one other in it last night. 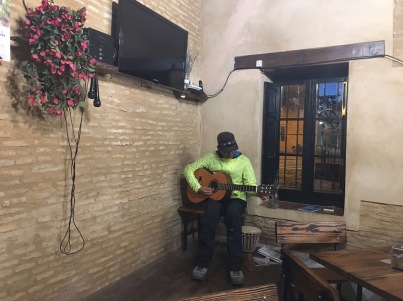 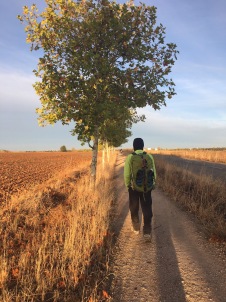 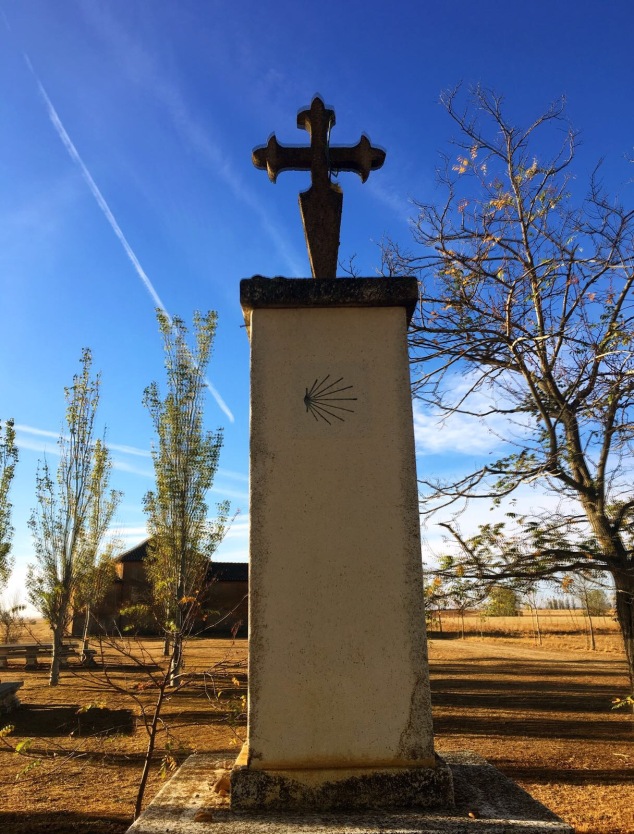 Then it was down the road a 11km flat easy walk to the next town. Mostly now next to roads. Mr D had never been so uncomfortable as he was this morning. He needed a toilet. There were no toilets for 11kms! He was tired. And he started getting shin splint pain so he had to walk slowly.

We made it to Bercianos town where at the first cafe he saw, Mr D dropped his backpack & dashed to the toilet. Feeling much better, Mr D sat down for 2 lots of coffee & a doughnut. I had a cuppa & a custard filled pastry. Linda from Canada asked to join us. She saw us in Calzadilla 2 nights ago. She is travelling with her friend also called Linda. There was a fellow pilgrim inside the cafe the whole time sitting & staring at the table. He seemed zoned out, very strange. He up & left before us but we passed him sitting cross legged in the dirt. He was holding & staring down at his stick again with a spaced out look. Even further along, he passed us, sat down on a seat with the same look staring at his stick. Hmmmmmmm, too many special homemade cookies today perhaps?!

The day was clear with the sun out but the wind was COLD. It was a good day for walking & Mr D feeling good, picked up his stride. There is 2 options we could take: The real Camino frances that we took that follows the road up to Mansilla. Or the Calzada Romana that goes through remote fields no towns & is slightly longer. So we were on a narrow dirt road next to the road that was relatively quiet. I miss going through the open meseta as it is more interesting then the road! You picture this bitumen road, dirt road, trees lined along & open pastures & that is all we saw.

We passed the two Amigos & headed into El burgo Ranero. A small town. Mr D was even keen to add on an extra 10kms to the next town at one stage. But changed his mind. “Ahhhh, I’m getting tired. Scratch that idea!” 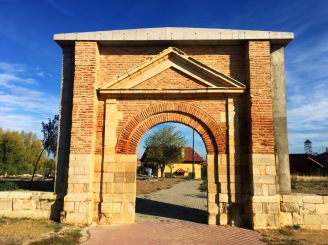 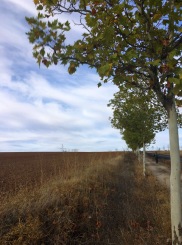 I had chose one of the two albergues in town. Albergue Domenico Laffi. A donvativo. I chose it as I wanted a better experience than the first one we went to in Estella. It had character as well made of mud & straw. It was simple but nice on the inside. The two ladies running it seemed very nice & easy going. They didn’t carry on like the last woman that refused our money, throwing her hands up saying “we don’t touch the money! You put in the donation slot yourself!” But Mr D had absolutely refused to stay in another one, not flexible enough to give it a second go. He was so mad at me it took him a few hours to get over it. We stayed as I had picked it. The amigo pair are bunked in with us including the strange fellow that came in afterwards. The ladies running it are volunteers that work for free. All you do is donate $ however much you want to give for your bed. Mr D truly suffered at the albergue; Sitting by the fireplace that was lit up warming up the room with his vino drinking & making new friends with guys that walk 30+kms a day. I could see his pain through his laughter – haha not! And the albergue is filled up to completo full. The first albergue I’ve seen full since Orisson. Must be a terrible albergue….. 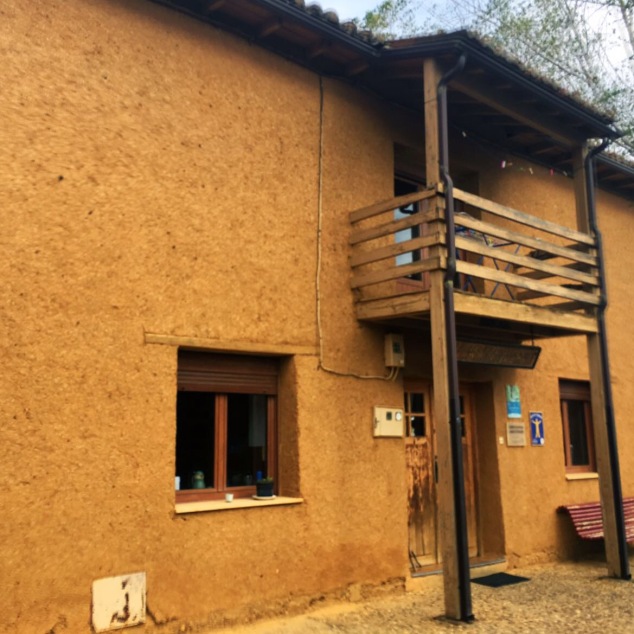 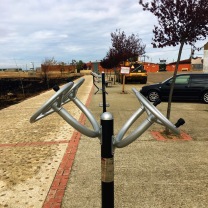 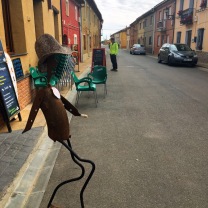 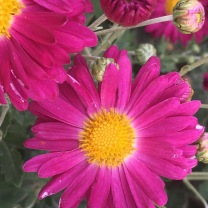 We went out for lunch, afterwards I went for a solo quiet walk. I spotted the couple from last nights dinner. They were hailing a taxi with their gear & left town. The woman was having issues with shin splint pains. So maybe they had to end their trip. For dinner we joined a big table of pilgrims at the restaurant across the road. The meals were good, I wish I had been sitting next to Linda that we met earlier, I would have had someone to talk to. Tomorrow is another day…… 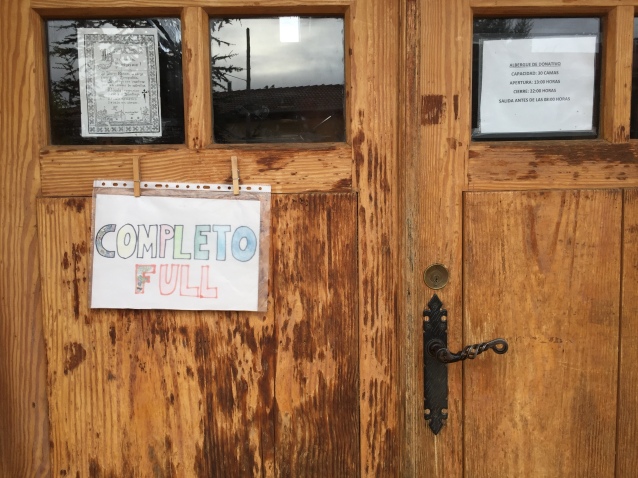