10/10: Some loud owl started hooting at 2.30am, kept Ambles awake for ages. I slept well, waking, rolling over & going back to sleep, repeat. I took 2 Sudafed tablets as my sinus was so blocked up I could only breathe through my mouth, those tablets sorted it out & knocked me to sleep. Then on 5am, we didn’t need Ambles alarm, a chorus of Kookaburras erupted into laughter right next to the shelter. Deb & Mel get up at 4.30am these days, leave early so they can reach the next campsite before midday. 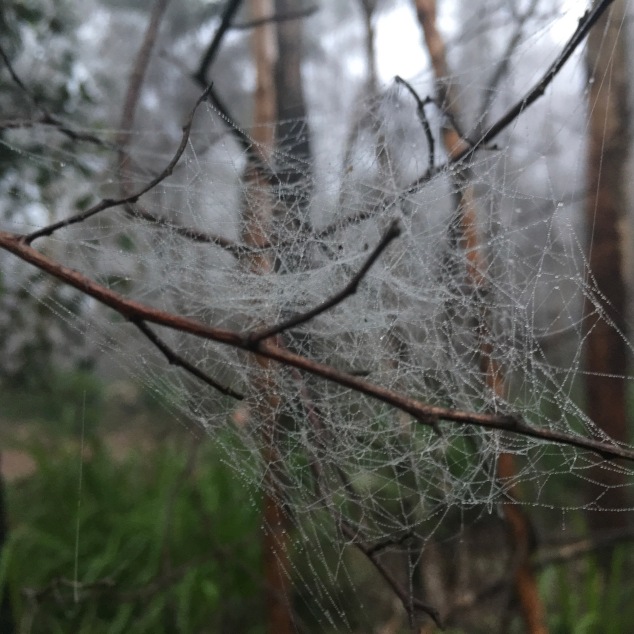 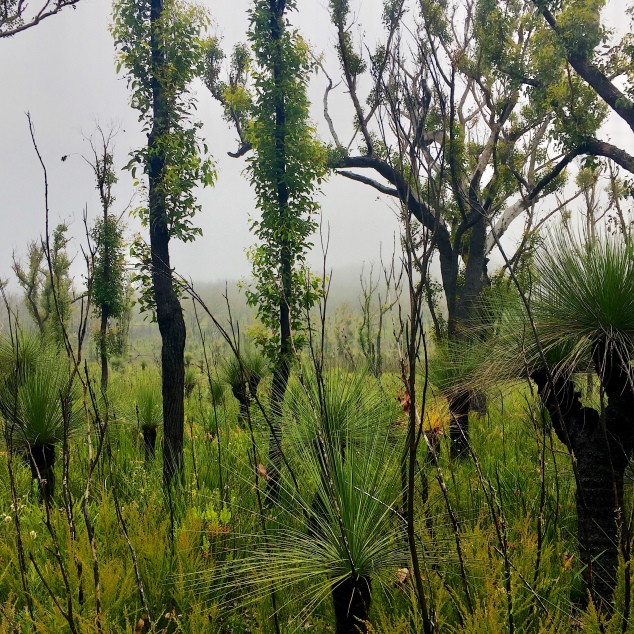 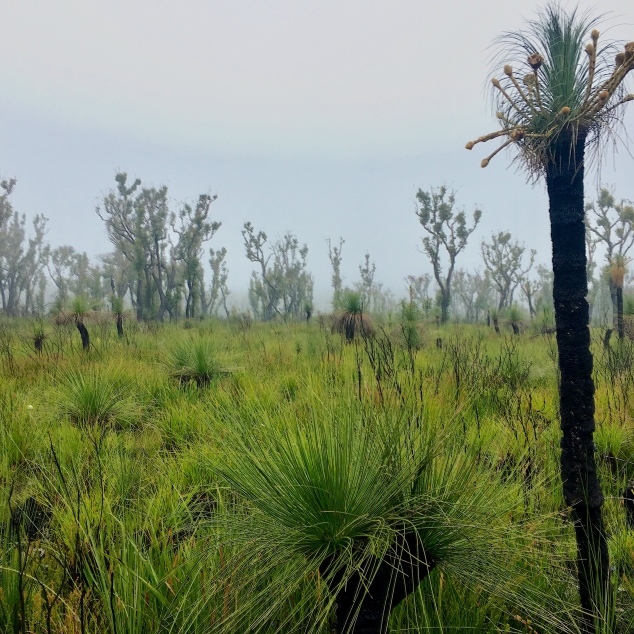 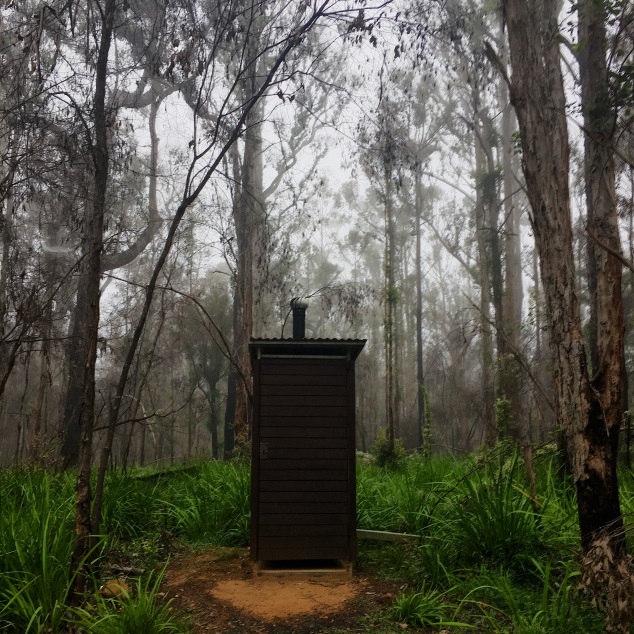 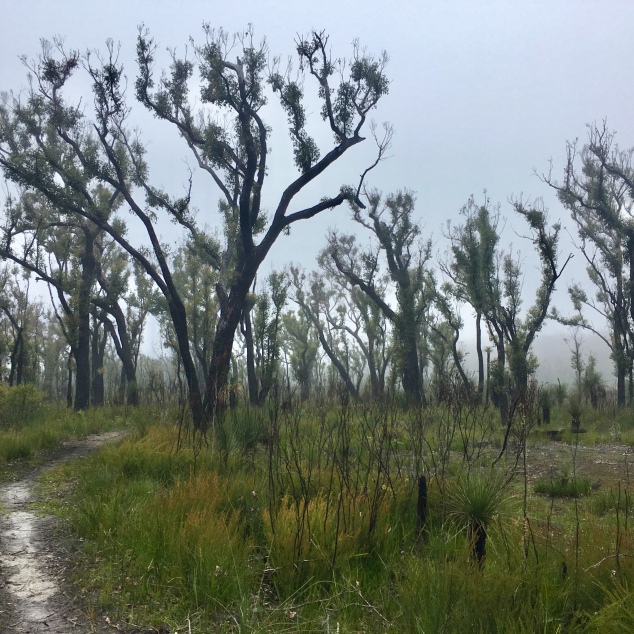 Today we were meeting our trail angels with more supplies of food & most importantly, Ambles new free standing tent he ordered online. The ZPacks tent was going into the car & the Big Agnes copper spur 3 was replacing it in the backpack. The new tent weighing 1 kg more than the ZPacks tent so Ambles was tossing up not carrying the goon bag, for one second…..but the goon bag had to come as well….as the bourbon as well……as the honey whiskey 😂😂😂. So I set off before Ambles as I planned to do the spur trail up to Mount Pingerup summit. We know Ambles don’t like ‘extra side walks’. I had to allow time to do the extra & meet our Trail Angels on Broke Inlet Road by 10.30am, halfway to the next campsite, today was a total of 21kms. It was beautiful & heavy with mist, drops of dew fall from the trees landing on the shelter roof, we thought it was raining. Continued onto the Pingerup Plains where it looked like some enchanted landscape with the mist all around. Like some dwarfs will suddenly appear or the hobbit. Made for great walking, no flies & cool. My head full of head cold & my eyelids heavy & droopy. I caught up to Daisyfish & we chatted & walked until we got to the junction of the summit walk. It was an easy incline path up to the summit took only 15 minutes without the backpack! The mists had lifted & I had a great view at the top over to Broke Inlet & the surroundings. Climbed up on a large rock where I enjoyed my muesli bar while gazing out. Coming back down I passed Elbow with the same idea & Drew was sitting back at the junction waiting for him.

The morning had quickly warmed up to blue skies & sun at 9.30am as I made the last kilometres to the road. I had spotted & took two great photos of different Orchids & feeling damn pleased with myself. As soon as I was 20 feet away, I saw a very familiar car there, my other trail angel Kerry had turned up to surprise me! Got onto the road by 10.15am to Kerry & her dog Stig, Ambles checking over his new tent & my parents that were our planned resuppliers. Oh marvellous! Double delight! My mum had fetched us delicious chicken & salad wraps with cold coke. I also snuck in a Mishka pineapple mix drink. Ambles was offered a beer but he declined. Sorted through what we needed. Kerry offered us yummy fruit salad, so had fresh fruit & apple, all these treats you don’t have on trail make you miss them, they do taste so good out in the bush! Kerry had read we were suffering from bouts of cold so got me a packet of Codral cold & flu tablets, a lovely thought & well appreciated as Ambles didn’t have many left for both of us. It was such a lovely catch up with all. I was feeling so meh, with my head cold but now felt great. We set off slowly after a big break, was hard to get the feet going again. As everyone drove off, it was just the two of us, trudging along another 10.6kms to Woolbales. And it was quite warm now with not much shade. We quick smart marched on not wasting time & had to unfortunately wade through more swamp puddles. My boots were dry, now a heavy sodden mess again. I slipped on a spot of slippery mud underneath through one puddle, fell in the drink I did. Mostly got my shorts wet, caught myself before my whole body & backpack fell in. We had caught up to Drew & Elbow, was surprise to see them still walking. I tried to keep up with Ambles but he walks too fast now & was eager to get to the campsite so left me alone to finish the last few kilometres. 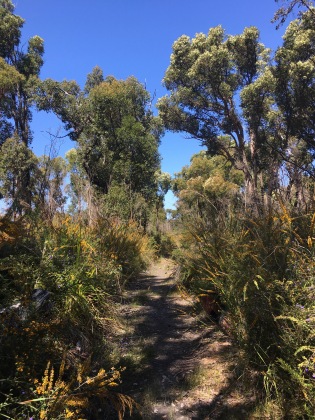 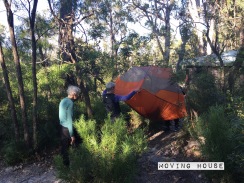 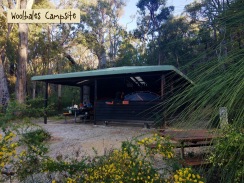 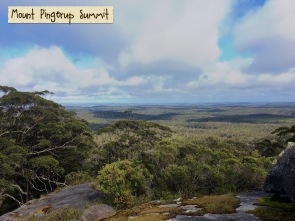 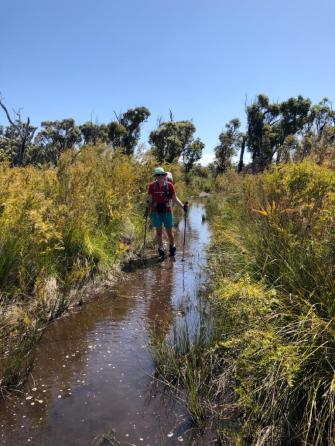 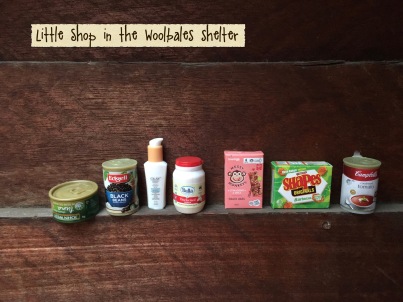 I finally managed to work out taking a photo of those tiny orchids. Got me my 3rd orchid photo & felt so pleased. But that was short lived. Had a headache coming on, was starting to pound & make me feel sick. Besides I still had one more swamp to wade through, the longest one about 300metres. I remember other hikers had mentioned this one. Luckily I saw no snakes as it was warm & we were going through narrow, overgrown bush at times. I arrived at Woolbales last, was so not well, went to rest on the picnic table, dropped my backpack & lay there a moment before removing my wet boots & socks. Took me awhile to feel better while Deb was helping Ambles set up his new tent inside the shelter. Had to go clean myself was so filthy from the dirt, the wading through swamps. The toilet is the first you see before the shelter & it has a terrible lean on it. The whole thing is sloping downwards, when I sit on the toilet seat I feel like I’m going to go with the whole toilet block, tumbling down the hill😆. The 7th toilet with no loo paper. Ambles was hungry again so made himself some noodles. I had a cuppa & some white chocolate Mum gave me – lifesaver! Was back to my chirpy self again.😊Deb was grateful for a block of cheese my mum got for her & Mel. We don’t see Drew & Elbow, they tent outside & don’t come to the picnic table to join us. We squeezed Mel’s tent inside with ours, Deb & Daisyfish. Looks like tent city inside the shelter all 4 tents. Our new tent is nice & cosy inside. We all prepared & had our dinners very civilised at the table. Ambles offered some red wine around that Deb & Mel enjoyed a cup each of. The water tank has a resident snake living under it. I didn’t see it but Deb did, said its head was poked out from under the tank & it was smiling at her😁. Like Mount Chance, there’s no water close by but a granite dome hill top you can go up & get views from. This one is smaller but easier to get up there. I see the Broke Inlet very close by now. But no ocean, hidden away! Ambles joined me for the sunset then like everyone else, we retired to our tent. Tomorrow we not only see the ocean, but reach it & walk along the beach! How wonderful after spending so many weeks in the forests. Our next trail town is only 2 sleeps away!😁 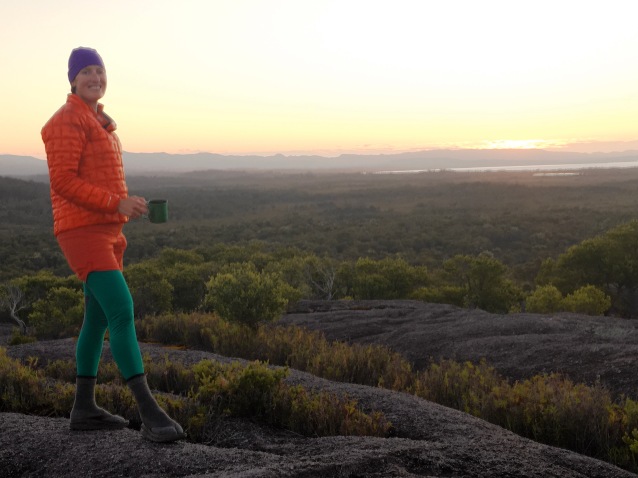 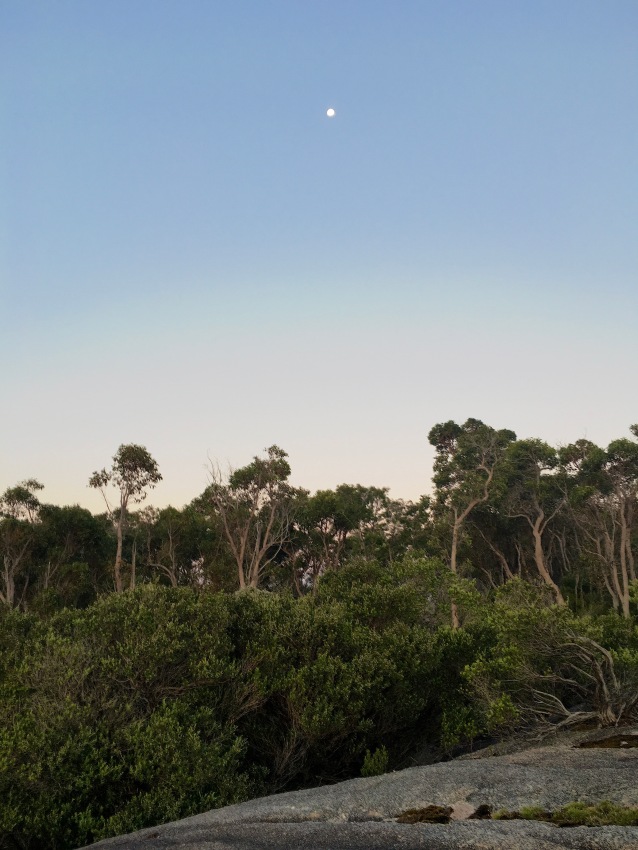