Got up 6am. Ambles was about to slip his foot in his boot & found a black spider had made home inside! Today was a 19.5km leisurely stroll passing The Mumby Pub after 12kms. They open at 11.30am so I was timing when to get up, leave & arrive just after they open for lunch. Daisyfish was first out of camp, followed by Deb & Mel & us after 8am. I off loaded some tuna & bean packs & muesli bars onto Ambles as I was carrying food for 6 days & now we were only doing 4 days. I set off in front until the Glen Mervyn Dam, looked like a real nice swimming spot – on a warm day. But today was very cold, the sun was peeking through but then disappeared behind clouds & some drizzle of rain fell. The Bibbulmun Track guide book shows a nice picture of a hiker going along the trail by the water with beautiful green foliage & trees. False. More controlled burns have turned the area into blackened tree corpses, no green around. Very sad. Unappealing. Before this Dam I had passed through a creepy area where some of the trees were bent over. Had weird sounds & vibe, happy the Bibbulmun Track veered away from it. 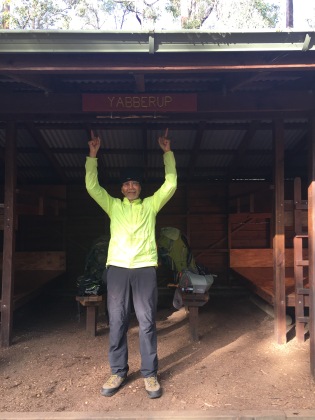 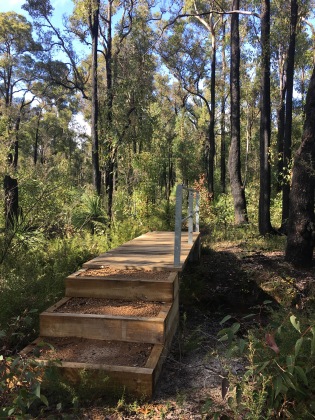 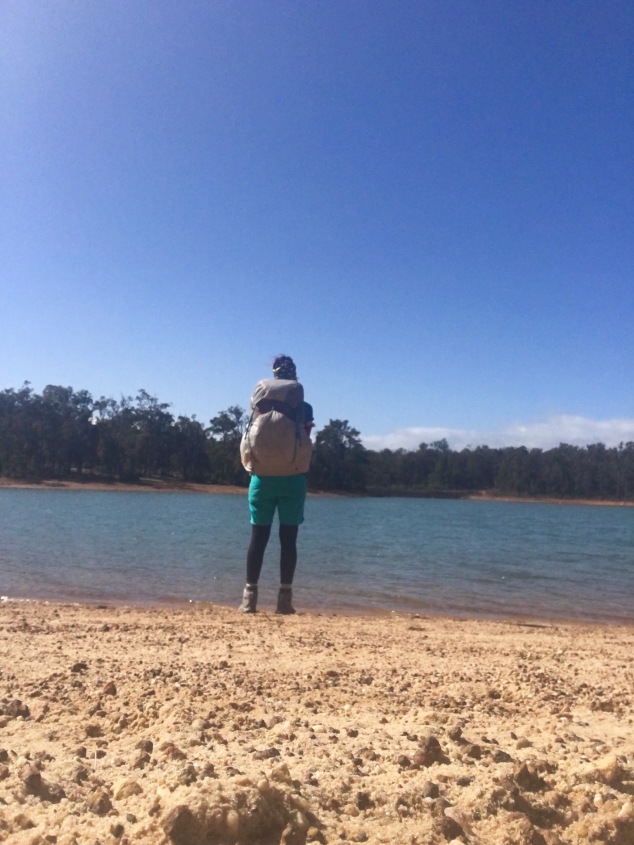 Ambles passed me by as we strolled around the Dam & over the wall. Someone was firing off a rifle not far away. I was feeling a tad exposed on the Dam wall. Probably some pig shooter, hopefully. Then I took the front lead the rest of the way to Mumby Pub. I was 500 metres away when Wayne caught up to me & we entered the pub just as more rain started to fall. Excellent timing at 11.37am. The fireplace was on so sat right next to it warming myself up. The temperature was 11.7 degrees outside but feels like 7.6 degrees. Would agree with that. Ambles came in 11.59am. There was no one else just a sour faced woman behind the bar grumbling at us to put our backpacks over by the wall so all the invisible other patrons wouldn’t trip over them. Gosh she was sour grapes. Ambles had red wine with a huge main meal of lamb shank, mashed potatoes & veggies. I went for the light bites BLT with chips & pint of beer. Wayne had Chicken & Prawn Laksa soup & pint of beer. We listened to country western music & felt so relaxed. Wayne was tempted to stay there a night & asked sour face but she said no accommodation. Then Wayne decided to buy himself a whole bottle of red wine to take to camp. Sour face asked if he wanted the wine in a plastic bottle he goes , “No mate. Only got two plastic bottles & one is for water”. He didn’t have to spell out the use of the other bottle & sometimes gets them mixed up 😳. Ambles decided to annoy sour face by using the pool table like Wayne to put his backpack on. Then use a chair to tie up his shoe on. Wayne is a bad influence! 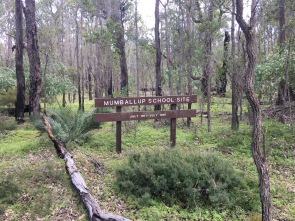 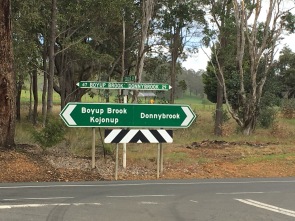 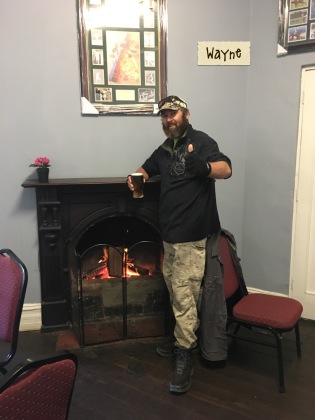 We hightailed it out of there feeling pretty good actually. Still freezing cold winds, I never changed out of my arm & leg warmers staying rugged up all day. The scenery changes to farmlands & green pastures. So pretty. We walked along a disused railway track where Wayne took off, not wanting to go at Ambles speed. Farmers had set up old microwaves using them as letterboxes. We had a big long hill to climb which is why it is hikers tradition to stop at the pub, grab a drink or two then staggered up the hill after. It’s a wide dirt road so wasn’t that bad. I passed many moo cows, my little bell now belonging in the right environment, they watched me as I passed, my bell chiming away merrily. Then we passed into more forest to our camp, dotted with many wildflowers, the prettiest part of the  Track so far. 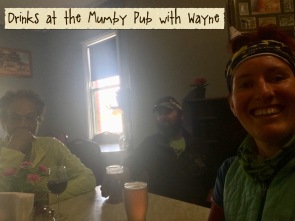 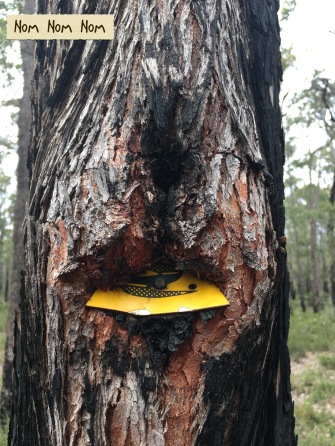 We were last in after 3.15pm. This shelter is much nicer perched above a small valley dip. But the toilet is uphill which is going to be annoying. Ambles joked saying that’s silly, now the shit can roll downhill into the Shelter 😂. The temperature is plummeting already. We are too tired & late getting in to bother trying to start a campfire. Wayne took all of half an hour or less to drink his bottle of wine. 😊 Going to be an early night rugged up in our sleeping bags. I reckon Deb, Mel & Daisyfish didn’t do this part right – didn’t stop at the pub! 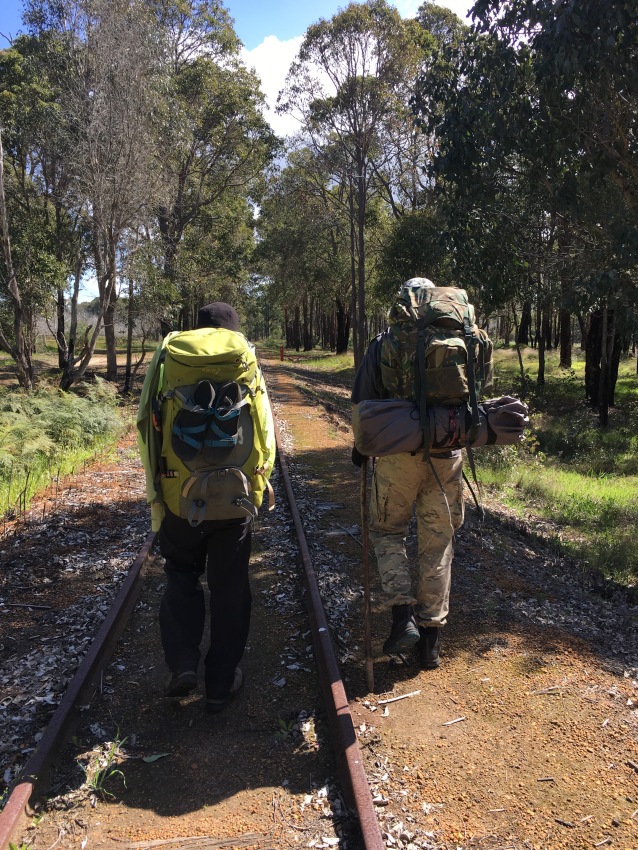 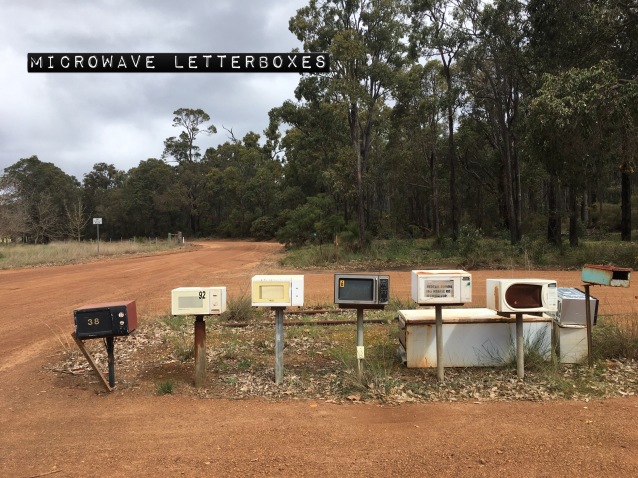 After Wayne entertained everyone with his stories & joking about dressing up in a Yowie outfit, running through shelters at night & scaring hikers, he decided at 6pm to get a fire going with Ambles. “Cmon, I’ll get the big stuff you get small kindle stuff. It’s too cold! Gotta get a fire going!” Off went the boys & in no time a big fire was going. We all huddled around. Wayne is a hoot taking group photos & yelling out, “touch my bum!” Sounds better than ‘say cheese!’ Every time Wayne burped or farted we would break out in the song chorus,  ‘Who let the dogs out?! Who! Who who who!’ Mel & Deb mentioned a Buddhist camp for accommodation & Wayne was like, “Oh yeah! That’s me mate! Gonna stay at the Buddhist retreat. Change religions mate! Become a Buddhist!” 😂  Wayne said to Ambles, “You are 3rd top bloke I’ve met, it’s true mate! You’re a great bloke with a real kind heart. Yep Top 3rd bloke after my son & good friend!” Awwwwwh aren’t that sweet! Rain threatened to ruin our fun but we didn’t let it, telling stories & having a good laugh before leaving the fire & crawling into our cosy warm sleeping bags. 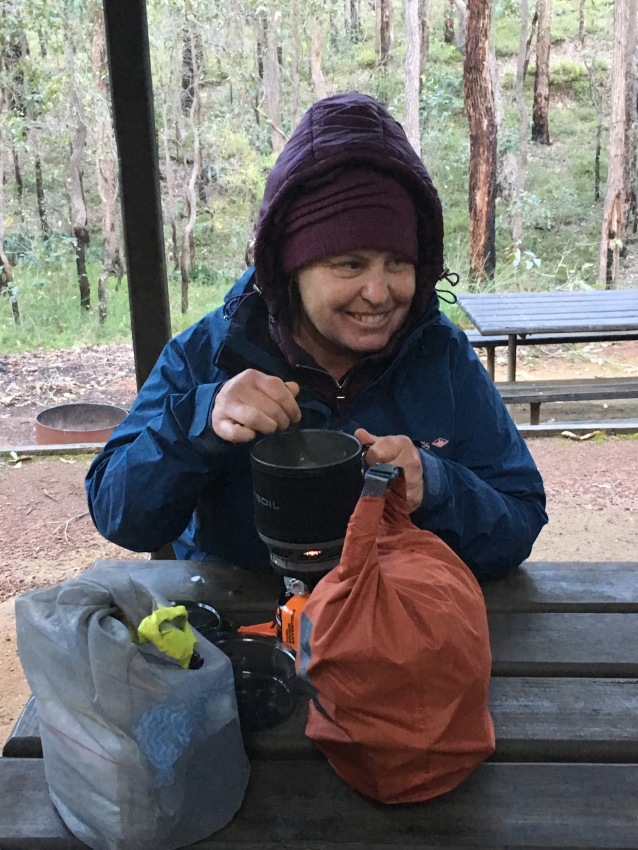 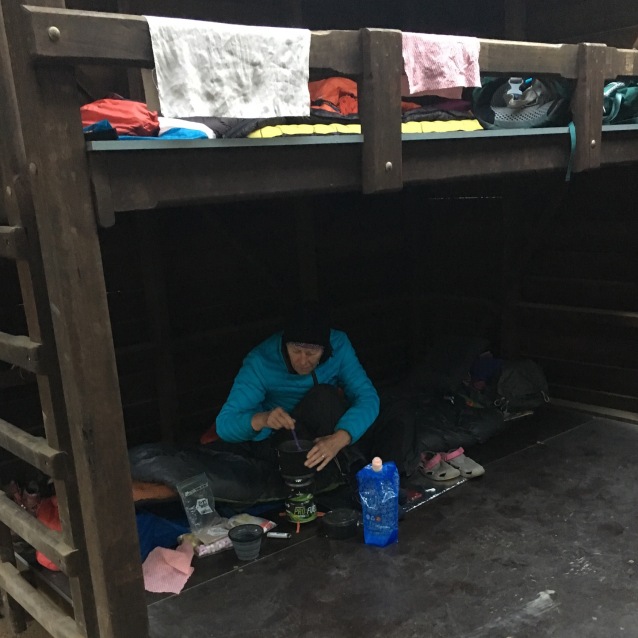 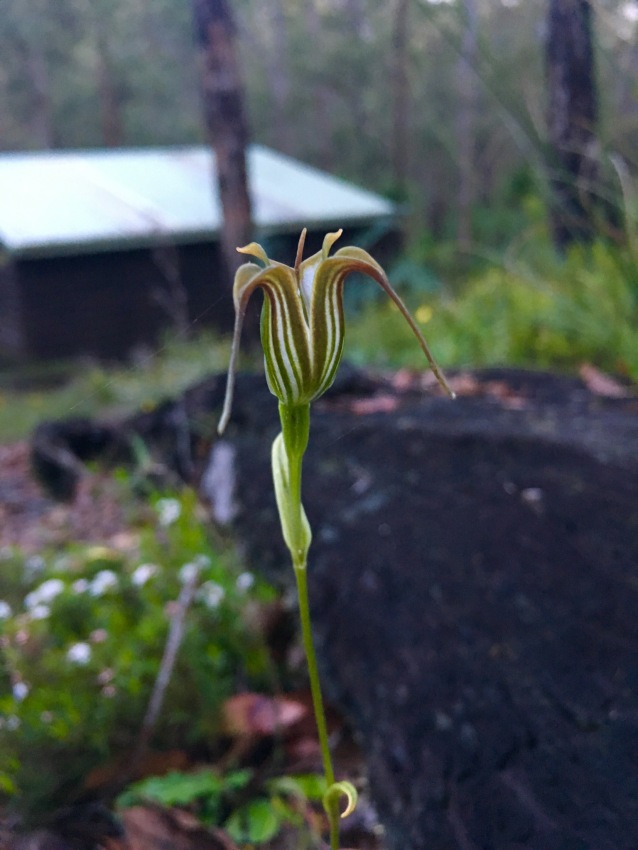 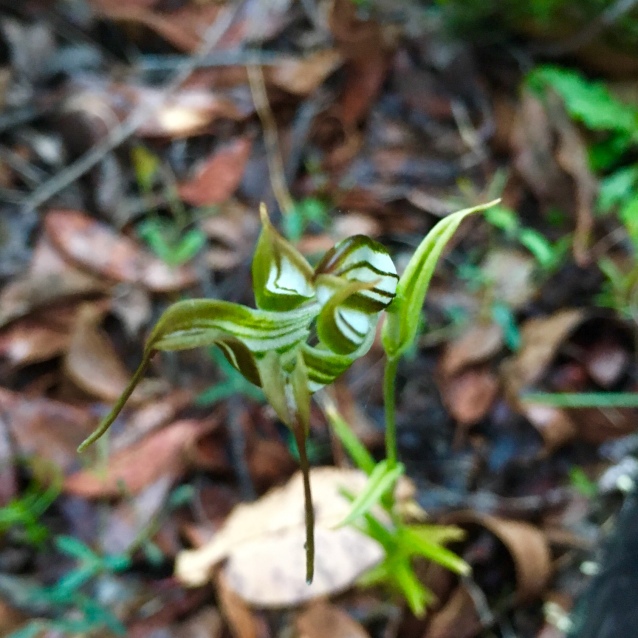 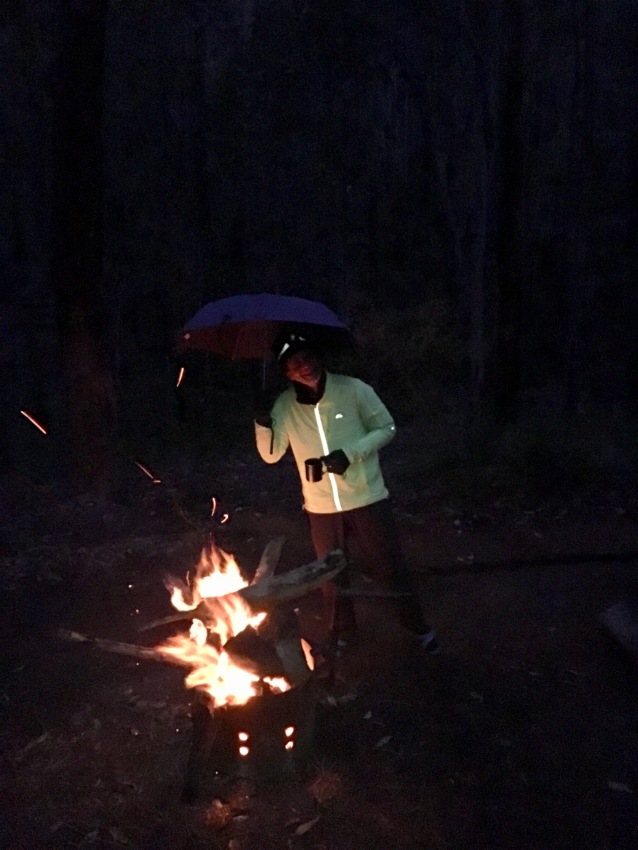